Russia’s invasion of Ukraine intensified on Saturday as troops continued to march on the capital Kyiv, which has instituted a citywide curfew from 5 p.m. local time Saturday until 8 a.m. Monday. US defense officials report that Russian troops launched more than 250 missiles at Ukraine Saturday but have been slow to advance on Kyiv, per ABC News.

The attacks have virtually shut down shipping in Ukraine, a country with massive agricultural production, particularly corn and wheat. Russia and Ukraine are also major suppliers of metals and other industrial commodities, while Russia is one of the world’s largest oil and gas producers.

The invasion not only has ramifications for political stability in Europe and around the world, it’s also straining a global economy already weakened by inflation, rising energy prices, the ongoing COVID-19 pandemic and a constrained supply chain.

Here’s how Russia’s attacks on Ukraine, and the resulting economic sanctions from the West, are affecting Americans and people around the world. For more, see our stories on Russian cyberattacks against Ukraine, how to help those impacted by the conflict and where to find reliable online news resources.

Gas and oil prices on the rise

Russia’s invasion of Ukraine has caused global energy prices to spike, with crude oil rising Thursday above $105 a barrel for the first time since 2014. The price cooled down a bit later on Thursday and Friday, and currently sits around $92.50 a barrel, according to OilPrice.com.

Russia is one of the world’s largest producers of crude oil and natural gas, providing roughly 40% of the European Union’s gas. Sanctions from the West could affect access to that supply, especially with Germany putting a halt to the Nord Stream 2 pipeline that was intended to bring natural gas from Russia to the EU via the Baltic Sea.

According to Reuters, Biden is currently working with international leaders to release oil from global strategic reserves. In a press briefing Thursday announcing economic sanctions against Russia, Biden said, “My administration is using the tools — every tool at our disposal — to protect American families and businesses from rising prices at the gas pump.”
Which gas station do you prefer? Take the survey for a chance to win a $1000 gas card!

Russia is the largest exporter and second-largest producer of palladium, a metal used in mobile phones, automotive exhaust systems, fuel cells and even jewelry and dental fillings. Rising prices of palladium and other essential metals could lead to price increases for manufacturers and, ultimately, consumers.

“We could see a new burst of inflation,” the American Enterprise Institute’s Christopher Miller told The New York Times. 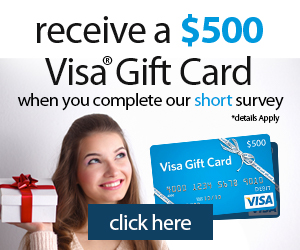 As word of the Russian invasion broke, global stock markets took a hit: The Dow Jones Industrial Average tumbled 830 points Thursday morning, while the Nasdaq slipped about 1.5% and the S&P 500 tumbled 2.5% at the start of trading.

On Friday, the US stock market surged back, with the Dow Jones rising nearly 835 points for its biggest gain of the year, and Nasdaq and the S&P 500 also recovering from Thursday’s losses.

Russia’s main stock market, the MOEX Index, took a record hit Thursday, dropping over 35%, or more than $150 billion in value, Bloomberg reported. The MOEX suspended trading Thursday morning, according to The Wall Street Journal. On Friday, the MOEX bounced back, rising 20.04% to 2,470 points, according to the Russian news agency TASS.

The US Departments of Treasury and Homeland Security have both sounded the alarm over possible cyberattacks on US banks, hospitals, government offices and power grids in retaliation for sanctions against Moscow.

On Thursday morning local time, websites for the Ukrainian cabinet and foreign affairs and education ministries were all experiencing disruptions.

Herbert Lin, senior research scholar at Stanford’s Center for International Security and Cooperation, told the Atlantic’s Rachel Gutman that the Russians have elevated cyberattacks to an “art form.”

Though US banks have been heightening their defenses, Lin added, utilities in larger cities might be more at risk because they lack the extra funding for cybersecurity.

Lin discouraged a panicked response by everyday Americans but said having extra cash and a go bag might not be a bad idea. He underscored that those items should always be in place regardless.

Food prices have already gone up in the US and abroad, and the dent in wallets could get bigger with the Russian invasion.

Ukraine is one of the top five corn exporters in the world, trading some 35.9 million metric tons in 2019 alone. An extended open conflict would likely see prices go up in Europe, not just for corn itself but also for related goods, including cooking oil, corn syrup and livestock feed.

Soybean prices have also surged in the US in recent months, following an unusually poor crop in South America. If US farmers have to make up the difference in both corn and soybeans, which compete for land, prices for both crops will likely rise in the United States, as will the cost of packaged goods made with them.

Russia is the world’s largest exporter of wheat, a crop that Ukraine exports as well, commodities economist Arlan Suderman told MarketWatch. Together the two nations account for nearly a third (29%) of the global wheat trade.

“A prolonged military conflict that disrupts trade could make much of that wheat unavailable to the export market,” Suderman said.

The US doesn’t rely on Russian wheat — Egypt, Turkey and Bangladesh are the biggest importers — but the trade disruption could affect global prices on flour, pasta, bread, pizza and other wheat products.

On the Chicago Board of Trade, wheat futures jumped by as much as 5.7% on Thursday, to just over $9.34 a bushel, the highest price since 2012. Soybean prices also leaped to a nine-year high, while corn climbed to an eight-month peak. Rates on all three futures have started to contract, with overnight losses of between 2% and 3%. 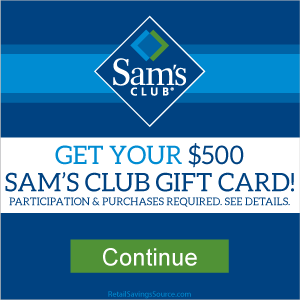 Discover free strategies how to improve your financial health immediately. These free strategies and resources will improve and prepare you for rapid changes in the economy, markets, and culture. See how we've helped thousands of clients save, secure, and scale their money, business, and life.