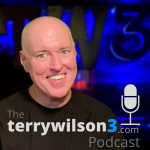 The terrywilson3.com Podcast
Episode 497 - 7 Steps to take when starting over after a failure

How to bounce back from anything!

Successful people like to win and achieve high standards. This can make them so terrified of failure it ruins their lives. When a positive trait, like achievement, becomes too strong in someone’s life, it’s on the way to becoming a major handicap. No one likes to fail.

Whether it’s at work, at home, or in another area of your life, failure is painful – and it can also be costly in terms of time, money or both. “But failing is a part of the game that is life”, says Karl Smith – author and founder of Business Networking South Africa.

Something which cannot be avoided. Surprisingly, most people don’t talk openly about their failures. They’ll tell you about that great new contract they signed … not that deal they worked on for months, only to have it slip through their fingers.

Failure is the inevitable price of trying to do something and it forces you to be more creative as you look for new ways. A wise man once wrote, “Failure should be our teacher, not our undertaker! Failure is delay, not defeat. Failure is a temporary detour, not a dead-end street.” Failure prevents arrogance and egotism. It accelerates the process of identifying your true friends. It also causes you to re-evaluate what’s important in life. It brings out the real character in you … you get to meet the real you.

“There’s nothing wrong with a plan but don’t get too attached to it. Make the necessary changes. Remember Von Moltke’s famous dictum that no plan survives first contact with the enemy. The danger is a plan that seduces us into thinking failure is impossible and adaptation is unnecessary – a kind of ‘Titanic’ plan, unsinkable (until it hits the iceberg),” Smith concludes, “If you don’t grow through your failures, then you will go through it again and again.” Some people cannot deal with failure, so they never try anything. The result: nothing. Nothing can happen without action. Life is all about action and taking risks.

Door Dash – Get up to 50% off by using our link at terrywilson3.com/doordash

TW3 – Need the tools, training, and technology to scale, start, or support you business? Go to terrywilson3.com/start to schedule an interview and see what we can do for you!

Audibles – Get a 30 day free trial and 2 free audiobooks for checking out the service with no obligation by using the link terrywilson3.com/freebook