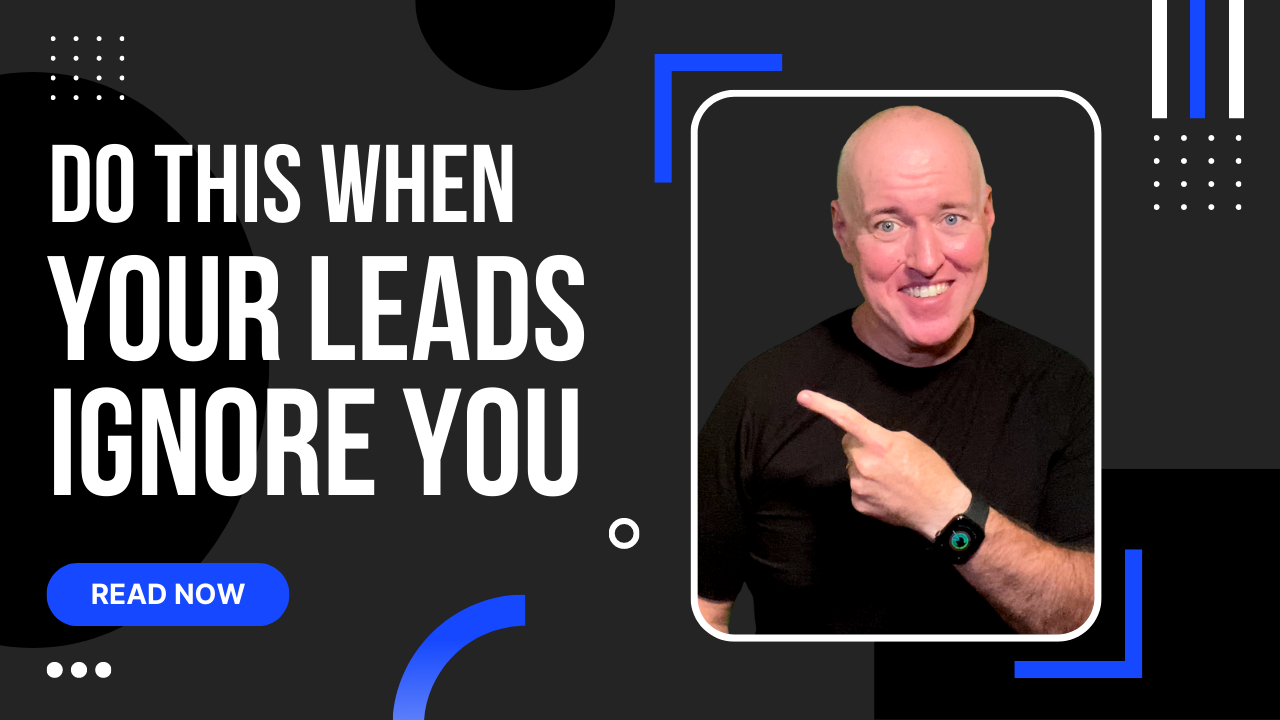 What to do when your prospect starts ghosting you

You found a new prospect and you were thrilled. You went through your pitch, they were totally on board, and then…nothing. No response to your last email, no phone calls returned. It’s called ghosting, and we’ve all been there at one point or another when a prospect stops responding to our communication efforts. In this post, I’ll give you some tips on how to deal with this hard-to-handle situation when it happens to you.

We’ve all been there. That hot lead that you had convinced that you’re a perfect fit for them, who was totally on board, and then … ghosts you.

You’ve done your homework, you know exactly what your prospect needs, and you’re ready to make the sale.

Then, poof! They disappear into thin air. It’s the worst feeling in the world: you’re talking to someone who’s eager to work with you—they even say they love what they see—and then suddenly they go dark on you.

You could be dealing with a salesperson (or anyone) who is so busy that he or she doesn’t have time for anything other than their current priorities. Or maybe it just wasn’t a good fit for them after all? Either way, these people are often referred to as “ghosts,” because their silence feels like an apparition from another dimension in which we don’t exist anymore. And while this is one of those situations where there isn’t much we can do about it (other than following up), there are plenty of things we should avoid doing when trying to get back into contact with someone who just won’t respond anymore:

It’s frustrating when it happens. You can’t help but wonder “What did I do wrong?” or even second-guess the validity of the initial interest. But more often than not, ghosting has nothing to do with you.

It’s frustrating when it happens. You can’t help but wonder “What did I do wrong?” or even second-guess the validity of the initial interest. But more often than not, ghosting has nothing to do with you.

Ghosting is a natural consequence of our brain’s wiring and how we deal with rejection as humans. We are hardwired to avoid pain at all costs, which means that when we experience rejection, especially from a person we were interested in, our instinctual response is often to run away instead of trying again or asking for clarification about what went wrong.

This makes sense because evolutionarily speaking, it was safer for our ancestors to flee than pursue an uncertain situation — especially if it meant potentially getting hurt or risking their reputation by approaching someone who didn’t want them around anymore (or worse). While this type of behavior may have been adaptive back then, today there are few situations where avoiding someone who’s rejecting us won’t cause more harm than good — especially if they already know our name!

How to handle a ghosted prospect.

If you’ve been ghosted, don’t take it personally. It’s not about you, it’s about them. And if they’re thinking with their gut and not their head, it means that your company isn’t the right fit for them at this time.

Don’t be afraid to re-engage. It can often be hard to make the first move after being ghosted because there are so many “what ifs?” running through our heads: what if they don’t want to talk? What if they’re still angry? What if they say no? The only way to find out is by asking or reaching out again (with tact).

Don’t be afraid of feedback from prospects who have chosen not to pursue business with you; ask why! Maybe there’s something small that needs improving—you never know until you ask! Maybe there was a big reason behind why someone chose not to move forward with meeting again or pursuing business together—and maybe that reason could help improve on future sales pitches so that others don’t experience a similar situation!

Don’t be afraid of asking for another chance—if someone doesn’t want to work with us today doesn’t necessarily mean they won’t tomorrow!

Go back in time and figure out what went wrong.

Re-engage them with an email or call.

You can always try to re-engage with a prospect who has gone silent on you. If you’re feeling nervous about it, just remember that you don’t have anything to lose. You’re not asking for money or offering something super valuable at the moment; this is just a chance to strengthen your relationship with someone who may be interested in what you have to offer.

Re-engage them by emailing them and asking if they’ve thought any more about your ideas/product/service, etc., or by calling them up (even if it’s cold calling). Ask for feedback on what’s happening right now with their business, or ask if there are any questions they have about what you’ve been talking about before they went dark. You might even ask for a meeting so that you can try again and make sure all of their needs are met. If these attempts fail, keep trying until one works!

You may also want to consider reaching out via social media platforms like LinkedIn and Facebook Messenger—this is where many people tend to go when they don’t want emails from salespeople cluttering up their inboxes anymore but still need access information regarding how other professionals do things so that they can continue improving themselves professionally relatedly speaking (and sometimes non-professionally relatedly speaking as well).

Make sure to set expectations in your re-engagement message.

Don’t be afraid to ask for feedback if they’re willing to share it with you.

If it’s appropriate, you can ask for feedback or say that you’d like to follow up with them in the future. If you get no response to this request, don’t give up completely; there’s still hope. Ask explicitly for their email address or phone number so that you have something concrete to start a conversation over again (don’t forget to check your spelling!).

Another good tactic is requesting meeting times and dates that work best for both of you. This can be an opportunity to learn more about their schedule and see if there are any available slots where they’re free on short notice—or not!

You can also try requesting their business card in person during the conversation itself by saying something along the lines of: “That sounds great! Can I get your contact information? It would be nice if we could stay in touch about this project.” Or simply ask for theirs directly: “Would it be okay if I had yours?” If they hand over their business card without hesitation, then chances are good that they’re open to talking more in depth about what’s going on with them and how things might play out between the two parties involved.

The next time your prospect ghosts you, don’t stress! Remember that it happens to the best of us, and take these steps to get them back on track

If you’ve ever been ghosted, there’s a good chance that you’re feeling pretty frustrated. What’s worse is that when it happens to you, your prospects are probably feeling just as frustrated as they are—and because it’s their time and money on the line, they’ll need some help getting back into the right state of mind.

The best way to handle this situation is by remaining professional and honest with your prospect while also asking for feedback. Make sure that your intentions are clear so that there aren’t any misunderstandings between both parties. The last thing anybody wants is for something like ghosting to cause confusion or make things more complicated than they need to be!

In addition to being patient (and understanding), try sending out a survey asking what went wrong in order for them not respond after waiting so long? This can help get their attention since it shows how much concern exists from both parties involved here.”